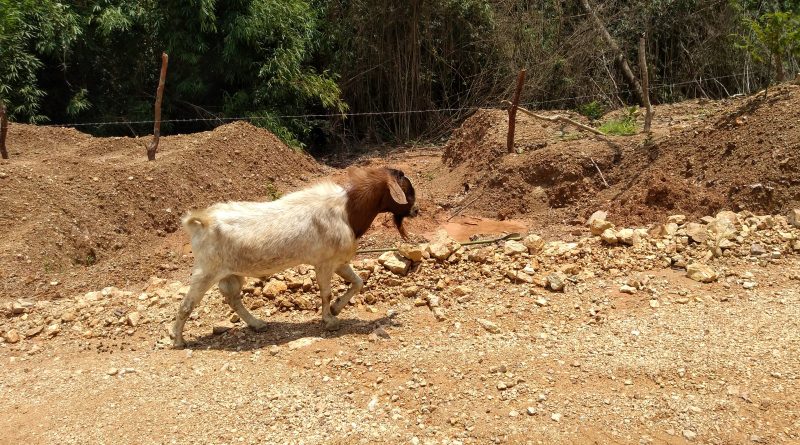 Schmallenberg virus (SBV) is an emerging Culicoides‐borne Orthobunyavirus that affects ruminant species. Between 2011 and 2013, it was responsible for a large‐scale epidemic in Europe. In the present study, we aimed to determine the seroprevalence, spatial distribution and risk factors associated with SBV exposure in sheep and goats in the region where the first Schmallenberg disease outbreak in Spain was reported. Blood samples from 1,796 small ruminants from 120 farms were collected in Andalusia (southern Spain) between 2015 and 2017. Antibodies against SBV were detected in 536 of 1,796 animals (29.8%; 95%CI: 27.7–32.0) using a commercial blocking ELISA. The individual seroprevalence according to species was 31.1% (280/900; 95%CI: 28.1–34.1) in sheep and 28.6% (256/896; 95%CI: 25.6–31.5) in goats. The farm prevalence was 76.7% (95%CI: 69.1–84.2). Seropositivity to SBV was confirmed in both sheep and goats in all provinces by virus neutralization test. Two significant (p < .001) spatial clusters of high seroprevalence were identified. The generalized estimating equation analysis showed that management system (extensive), temperature (>14ºC) and altitude (<400 metres above sea level) were risk factors associated with SBV exposure in small ruminants. Our results highlight widespread but not homogeneous circulation of SBV in small ruminant populations in Spain. 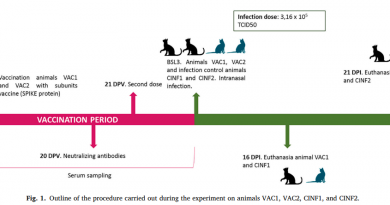 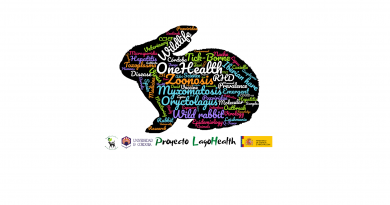 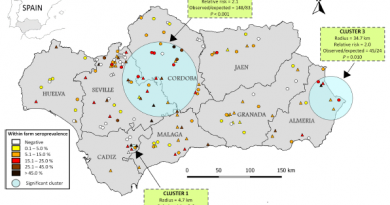 Epidemiology of paratuberculosis in sheep and goats in southern Spain