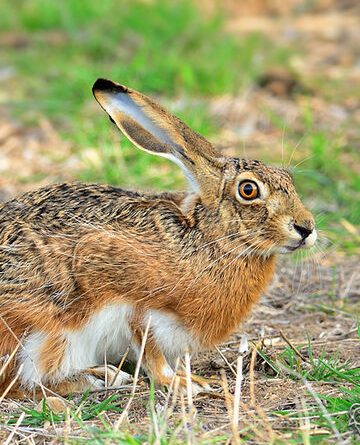 Myxomatosis is an infectious disease caused by myxoma virus (MYXV; genus Leporipoxvirus), which affects the European wild rabbit (Oryctolagus cuniculus) and sporadically brown hares (Lepus europaeus). Here, we describe the first outbreak of myxomatosis in Iberian hares (Lepus granatensis). Between mid‐July and the end of September 2018, around 530 dead animals were detected in Iberian hare populations in southern Spain. The apparent mean mortality rate was 56.7%, and the estimated mean case fatality rate was 69.2%. Histopathological and molecular results confirmed MYXV infections in all hares analysed. To the authors’ knowledge, this is the first myxomatosis outbreak causing a high mortality in hares and the first detailed characterization of a myxomatosis outbreak in the Iberian hare. The absence of cases in sympatric wild rabbits suggests differences in the susceptibility between both lagomorph species to the virus strain implicated in the outbreak. After the first case, the number of affected areas increased sharply affecting most of the Iberian Peninsula where the Iberian hare is present. Further studies are required to elucidate the origin of the implicated MYXV strain as well as to assess the impact of this outbreak on the Iberian hare populations. 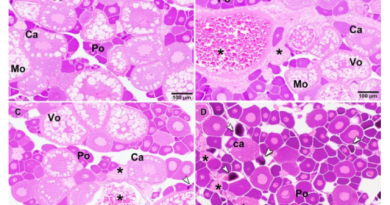 Description and implementation of an On-farm Wildlife Risk Mitigation Protocol at the wildlife-livestock interface: Tuberculosis in Mediterranean environments 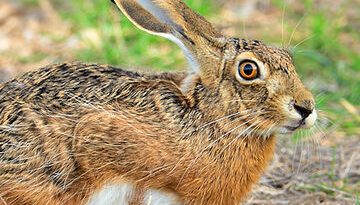