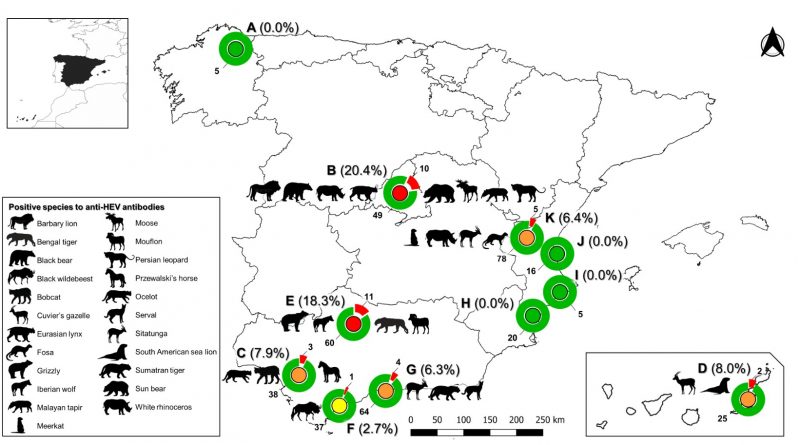 Hepatitis E virus (HEV, family Hepeviridae) is an important emerging and zoonotic pathogen. In recent decades, the number of human cases of zoonotic hepatitis E has increased considerably in industrialized countries and HEV has been detected in an expanding range of mammal species. Although domestic pigs and wild boar are considered the main reservoirs of zoonotic HEV genotypes, the role of other susceptible animals in the epidemiology of the virus is still poorly understood. A large-scale, long-term study was carried out (1) to assess HEV exposure in captive zoo animals in Spain and (2) to determine the dynamics of seropositivity in individuals that were sampled longitudinally during the study period. Between 2007 and 2021, serum samples from 425 zoo animals belonging to 109 animal species (including artiodactyls, carnivores, perissodactyls, proboscideans and rodents) were collected from 11 different zoological parks in Spain. Forty-six of these animals at seven of these zoos were also longitudinally sampled. Anti-HEV antibodies were detected in 36 (8.5%; 95%CI: 5.8-11.1) of 425 sampled zoo animals. Specific antibodies against HEV-3 and HEV-C1 antigens were confirmed in ELISA-positive animals using western blot assay. Two of 46 longitudinally surveyed animals seroconverted during the study period. Seropositivity was significantly higher in carnivores and perissodactyls than in artiodactyls, and also during the period 2012–2016 compared with 2007–2011. HEV RNA was not detected in any of the 262 animals that could be tested by RT-PCR. To the best of the author’s knowledge, this is the first large-scale, long-term surveillance on HEV in different orders of zoo mammals. Our results indicate exposure to HEV-3 and HEV-C1 in zoo animals in Spain and confirm a widespread but not homogeneous spatiotemporal circulation of HEV in captive species in this country. Further studies are required to determine the role of zoo species, particularly carnivores and perissodactyls, in the epidemiology of HEV and to clarify the origins of infection in zoological parks. 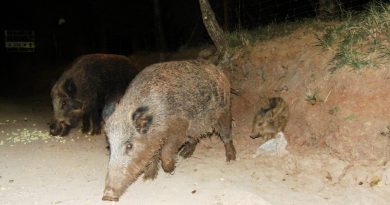 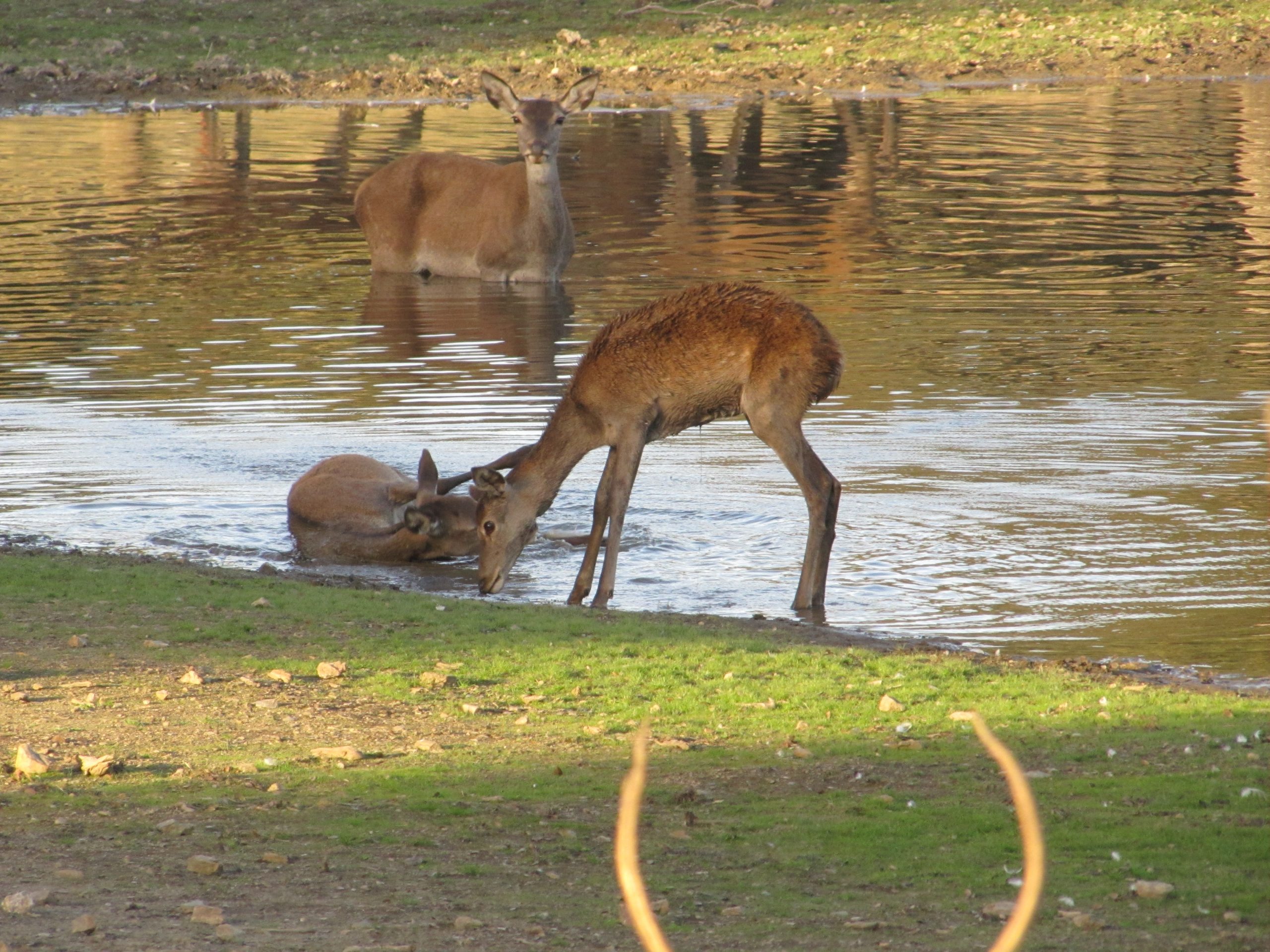